The US Space Force: Where Are the Heroes

Recently, US President Donald J. Trump proposed – maybe a bit flippantly – a US Space Force.  This would be a separate military service from the US Army, Navy, Air Force, and Marine Corps.  Some people, and many of the usual anti-Trump critics, found the idea ridiculous.   But real experts predict that there will be a Space Force eventually and some commend him for having the vision to compel the Pentagon to embrace change and reform – two things that the Pentagon is not known for.  I would like to make a few observations on how this USSF should and may evolve – and some challenges therein. 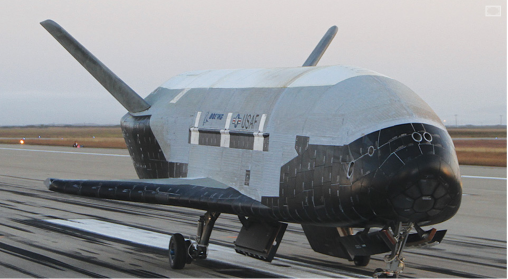 Today, as some experts note, creating a USSF is premature.

It might be like creating the US Air Force a few years after the first hot air balloon.  The US Civil War showed that hot air balloons had military utility, for telegraph lines and reconnaissance for example; but of course there was not a real need for a whole armed flying wing of the military until after World War 1.  And as it was, the independent US Air Force was not created until 1947 (see reference above to the Pentagon’s slow embrace of change and reform).

Today, the US and many other countries have to deal with a number of malevolent threats in space.  These include cyber attacks against satellites and their ground control stations, anti-satellite weapons including ground and space-based lasers, anti-satellite missiles, and anti-satellite satellites.  Finally, space is a battlefield in the sense that ballistic missiles often traverse the upper atmosphere touching outer space – and these missiles need to be intercepted (if they are the enemy’s) or our missiles need to penetrate enemy anti-missile defenses.  So already, we are fighting in space or passing through it to wage war.  For better or worse, most of our space battles have been with electrons and radio waves; though a very big, bad war would involve (hopefully conventional) missiles arcing through space. 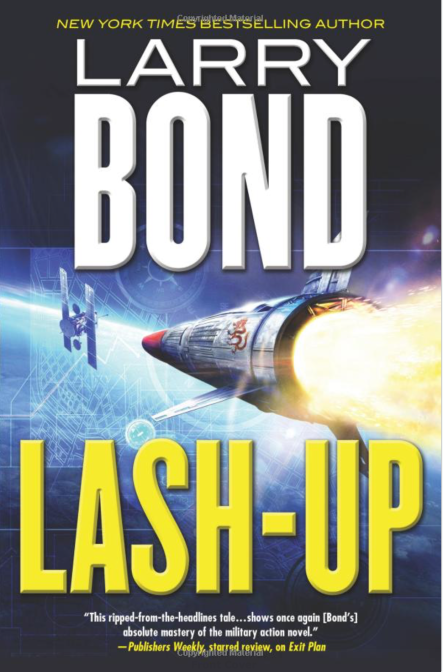 This novel, Lash-Up, by Larry Bond, is all about creating a Space Force.

But let’s consider that, despite may articles to the contrary, there will be men and women in space shooting stuff.  We may be a long way from a fleet of X-Wings and the Death Star, but it is not inconceivable that there will be a need to have manned combat spacecraft.  Why?  For a lot of reasons, not the least of which that remotely operated space vehicles can be jammed, making them useless; and that remotely operated space craft are likely to be more predictable and be more likely to give away their position due to their electronic signature.  At worst, they can be hacked and used against us.

Here are the advantages of a manned space warship:

Of course, given that the US does not even have a functioning civilian manned space program at the moment (though it is coming soon), the idea of sending up a fleet of manned space warships is premature, to say the least.  Still, its path and evolution may not be too difficult to predict.

From a technological perspective, we are likely to see manned space warships start off small, with limited missions.  They may not even orbit the earth for more than a few days.  Having them smaller will make them cheaper and easier to build and maintain.  They may even be nothing more than very high altitude bombers – carrying their payload of high-velocity smart bombs above the range of most Surface-to-Air Missiles (SAMs) – and because of their sub-orbital or orbital trajectory, giving the bombs a speed boost well into Mach 7 to Mach 10; a speed which will not be easy to defend against.  The space bombers will be able to fly up into lower space, release their payloads, and return to earth all while avoiding the adversary’s airspace.

But at some point, there will be a need to have manned vessels do the above tasks, and there will be the proper resources and technologies available.  Here, we can somewhat look back at the development of the US Air Force as a model – organizationally, technologically, and in terms of human adventure.

The post-World War 1 era saw an amazing revolution of flight.  From the Spirit of Saint Louis flight across the Atlantic in 1927, to all sorts of aerial adventures, aircraft went a long way from their origins of open cockpit fabric flying contraptions of 1918.  The US Air Corps itself developed modern aircraft including heavy bombers, performed in-flight refueling, and developed all sorts of other technologies to wage war: targeting, navigation, on-board air defense guns, and radios.

But what fascinates me even more was the human stories of the US Air Force’s evolution: US Army Air Corps/USAF fathers like Hap Arnold, Billy Mitchell, and Carl Spaatz who tried new ways to use planes to wage war – and crashed innumerable times in doing it.  During World War 2 the US Air Corps was part of the US Army – not gaining its independence until 1947.  It is a bit ironic that almost all of America’s allies and enemies had their own independent air forces – but not USA.  Better late than never.

So I would suggest that instead of a US Space Force we start off with a US Air Force Space Corps that draws on a number of different services and expertise.  It will need to figure out a lot of things, including ranks, responsibilities, tactics, and even the minutae of uniforms.  In the beginning, it will look like the USAF in many ways.  It could have some independence, for example an honorary member of the Joint Chiefs of Staff, and an under secretary that reports to the Secretary of Defense.  (It is worth remembering that the US Marine Corps is a separate service, but under the Department of the Navy).  Over time, however, the USAFSC will grow and adopt its own culture, methods, and character.

Here are some milestones to keep an eye open for in the USAFSC (pronounced Yew-Safsk) and then the USSF.  One of the key points of the USSF’s evolution will be sending humans to space – and having humans die in space mishaps (on earth or in space).  This is not a good thing when people die; but rather, the nature of military operations, including testing and evaluation.

Who will be in the USAFSC?

The US Army and Marine Corps have lots of soldiers who can run around with big packs, drive tanks, shoot big guns, etc.  Men and women who are hard core.  The Navy has sailors who are at sea, keeping ships running, riding through storms, and when necessary fulfilling acts of courage – whether to keep their ships afloat, or to shoot at the enemy.  And the USAF has pilots and their air crew.  While not everyone in the US military services are “killers” or “shooters”, the number or proportion is not small.  It is also important to remember that the four services have lots of 18-25 year olds.

But what about a space force?  How many space pilots will there be?  And what will the non-pilots need to do?  If one looks at NASA one is unlikely to find lots of young body builders.  There are engineers, physicists, and very experienced pilots.  Compared to a sea ship or a tank, a space ship is exceptionally sensitive.  The forces of take-off and landing push the limits of materials; and the vacuum of space poses its own challenges of survival that the average infantryman or sailor does not have to worry about.  For this reason, among others, there simply are not (and probably won’t be) a lot of young people in the USAFSC – at least in the relatively near term.

Where are the heroes?

The last question is: where are the heroes?  When we think of the US Army, Marine Corps, Navy, and Air Force we can think of great heroes: Sergeant York, Billy Mitchell, Chesty Puller, Jean Paul Jones. The list of US military heroes is almost limitless.  But if we had a space force that was entirely unmanned (which is what most experts now are talking about) who would we draw inspiration from?  Where would there be courage and sacrifice?

To me, this is the greatest obstacle to a true Space Corps or Space Force.  Without heroes there can be no Space Force.   Or to put it another way: an army without soldiers is no army.

Liam H. Dooley is an Irish-American author living in Asia and Europe. He has a passion for history and traveling. Most of his time is spent touring the world, visiting museums, iconic buildings, monuments, and grand squares in search of knowledge and inspiration. As a child and university student he played the cello while studying international relations, and when he is not researching and writing novels or planning trips he immerses himself in current events and international affairs. You may learn more about Liam H. Dooley at his official web site: www.liamhdooley.com
View all posts by Liam H Dooley →
This entry was posted in Uncategorized and tagged future, outer space, space force, space ships, space warfare, usaf. Bookmark the permalink.